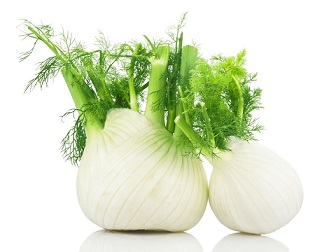 Ancient Chinese, Indian, Egyptian and Greek civilizations revered fennel (Foeniculum vulgare) for its visual beauty, it’s distinctive aroma, and it’s many medicinal uses. In ancient Greece fennel was known as ‘marathon’ because it grew at the famous battle site and was used as a symbol of victory, and according to Greek legend, man received knowledge from Mount Olympus in a fennel stalk filled with coal.

Fennel is both a vegetable and a spice, with all of its parts, including the bulb, stalk, leaves and seeds, being edible and offering a myriad of health benefits ranging from improved digestion and reduced inflammation to helping the body stimulate milk flow in pregnancy. Fennel also has antibacterial, antifungal and antioxidant properties and helps the body to detoxify and excrete carcinogenic compounds.

Fennel seeds have an aroma similar to aniseed or liquorice and can be used to flavour fish, bread and biscuits, ice cream, alcoholic beverages and herb mixtures, curry pastes, sauces and rubs. The dried seeds can last for about six months when stored in an airtight container in a cool dry cupboard. The more subtly flavoured and crunchy stalks and leaves can be used raw or cooked in side dishes, vegetable dishes, soups, pastas, and in salads; and the bulbs are delicious sautéed, stewed, braised, grilled or eaten raw. Here are 2 recipes for fennel spice rubs. The first one is from the recipe book Plentiful by Chrisi & Louis van Loon et al and the second is the recipe Michael Chiarello uses to roast carrots, onions, zucchini and fennel bulb.

Put all the seeds, the peppercorns, cayenne pepper and salt into a mortar and using a pestle, pulverise the mixture into a fine powder.

Using the rub for sweetpotato:

Slice 6 medium-sized sweet potatoes that have been scrubbed, into wedges, and place in a mixing bowl. Drizzle the wedges with olive oil and then rub these with the spice mixture. Spread the potatoes out on a baking tray and roast at 200C for about 25 minutes. Sprinkle with fresh parsley or coriander

Tip: You can also use this rub for butternut or for aubergine (cut into 1cm rounds).

Method:
Toast the seeds and the peppercorns evenly in a heavy pan over a medium heat. Watch carefully so as not to burn. When light brown and fragrant, pour the seeds on a plate to cool. Once cool, add the salt and grind the mixture in a blender.

Store in a tightly sealed glass jar in a cool, dry place, or freeze.